If you are worried about hair loss, you use supplements, cosmetics and medicines and all with a mediocre effect – maybe it’s worth trying something new?

The most common type of baldness is androgenetic alopecia, which affects men, but it can also concern women. In women, the hair is thinning from the top of the head, without shifting the facial border. In men, however, the hair loss process usually begins with the retraction of the facial hair on the forehead and temples. Then the so-called receding hairline appears that moves backwards. Alopecia also appears on the top of the head (so-called monastic tonsure) and then radiates.

The Er: YAG laser has proved to be effective in the non-surgical stimulation of hair growth in patients with androgenetic alopecia. Studies confirm that the 2940 nm wavelength laser wakes up “dormant” hair and stimulates the growth phase. The success of the method allowed the development of a new procedure. American doctors using this method estimate that the therapy gives up to 75% increase in hair density in patients whose baldness started no earlier than 8 years ago. The effects of the therapy were presented at this year’s Laser & Health Academy symposium.

Candidates for laser hair loss therapy are men type IIa to V according to Norwood Hamilton classification and women I-4, II-1, II-2 according to Ludwig (Savin) classification, or with baldness of the frontal area with skin phototype I to IV according to Fitzpatrick classification – they are marked in yellow in the table.
Howecer, this treatment is not limited to balding people. It can also be used by those who want to thicken and strengthen their hair. 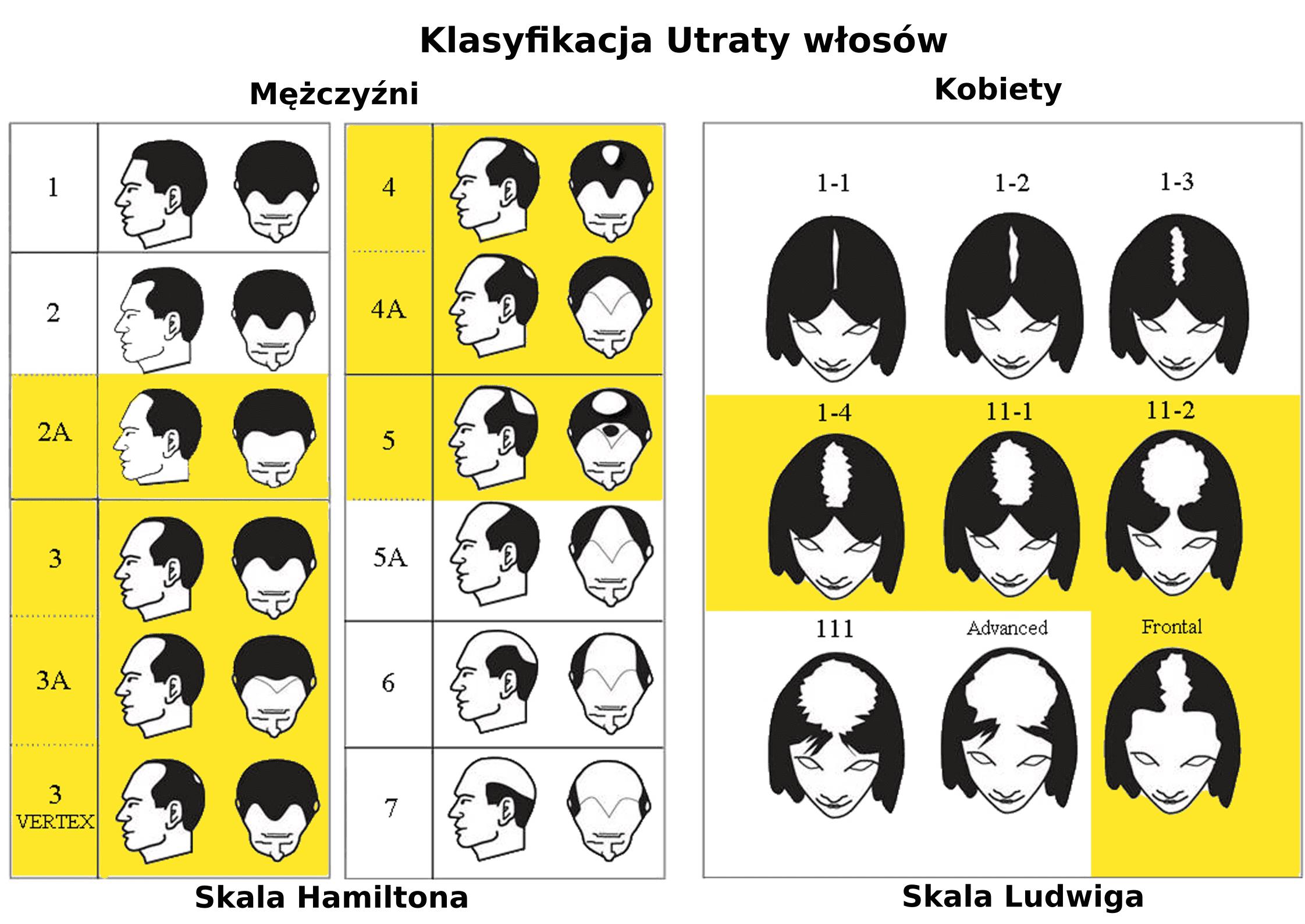 Why does it work?

Laser therapy increases the blood flow in the scalp (due to the release of nitric oxide from cells), stimulates the metabolism of hair follicles (via cytochrome c oxidase in mitochondria) and prevents excessive accumulation of DHT, which plays a major role in the pathogenesis of androgenetic alopecia. In addition, fractional lasers have been proven to induce the expression of Wnt and B-catenin, which stimulate hair growth.
It is worth noting that the mere factional action of the laser potentialises the effects of superficially used drugs such as finasteride. 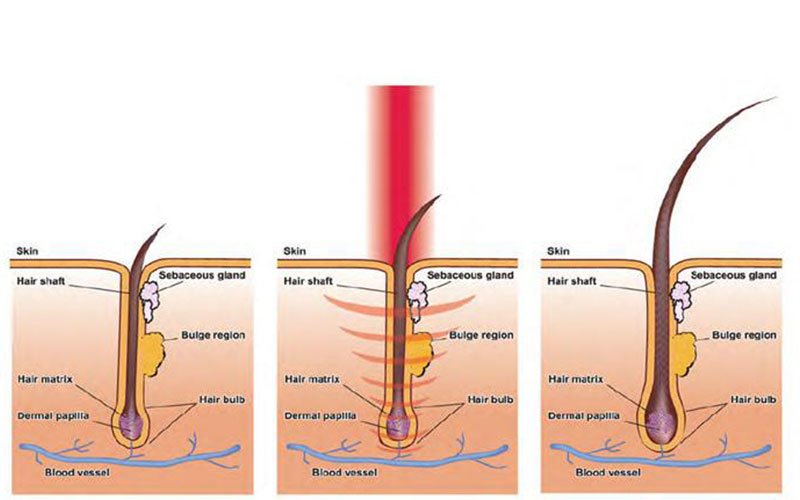 Because the Er: YAG laser in SMOOTH mode is non-ablative, there is no break in the epidermis. The treatment is painless, does not require cooling or anaesthesia. Some patients may experience short-term urticaria (about half an hour after the confluence) that passes in one day. An antihistamine is then given before subsequent treatments. Only some patients report that the scalp is more tender when washing hair on the day of the procedure. Most, however, experience short-term flaking of the scalp (most often 2-3 days after the treatment), which results from accelerated epidermal regeneration.

The basic therapy of baldness Er: YAG FOTONA in SMOOTH mode consists of 4 series of treatment every 2-3 weeks. Some people recommend 1-2 additional repetitions every 2-4 weeks. Then, one-time booster treatments are recommended every 6-12 months.

In addition, to enhance the effects of treatments, experts advise to perform a scalp mesotherapy a week before laser therapy, e.g. with Dermaheal, Skinko or Dr Cyj preparations.